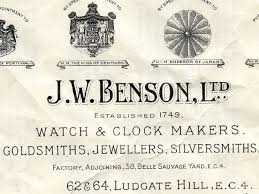 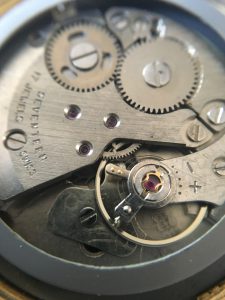 You might have noticed on instagram that I now have my own Pinion, An Axis Pure with a dark green dial, The green dial previously on the Gunmetal Green version of this watch.

My first impression when compared to my previous English watch, the Smiths Deluxe, was big and heavy. But clearly that is compared to a 1950’s 35mm steel watch. You might remember that I have been suggesting for some time that cases over 40mm were getting a little large for my taste.  Maybe I should re-consider this as my other regular wear is a Speedmaster Pro which is also 42mm.

With it’s 42mm case and wide (22 mm) strap the Pure is actually re-assuringly solid. The manual wound Unitas movement reinforces that sense of dependability.  The last feature making this the perfect weekend/holiday (and maybe Friday) watch for me is the 100m water resistance rating.

Finally, there is the bronze case. Pinion now feel this material is becoming too mainstream. Coming from the generation that appreciated how materials such as denim and leather become more personal with age I am very happy to have a watch that will do the same.

I will keep you updated on how the patina develops.

Just in case you didn’t notice my Smiths Deluxe is up for sale. The auction ends tomorrow (Friday December 9th).

To create space in my collection I have decided to sell my “Made in England”  Smiths Deluxe. 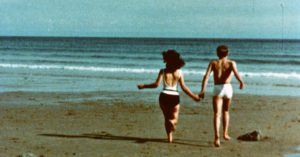 The British watch making guru Roger Smith suggested this film from 1967 which offers a fascinating insight into life in Britain at that time and more interestingly shows people working in the Smiths watch factory.

I’ve just spotted this watch for sale on e-bay at £349 . It looks pretty clean

This is a new watch from a company that appears to have been doing what many of the new “British” brands for ages – only more quietly.

I have not had any of the watches in my hands but the there are some really interesting designs mostly with ETA movements. All at very reasonable prices.