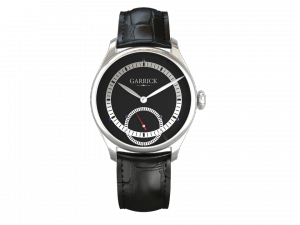 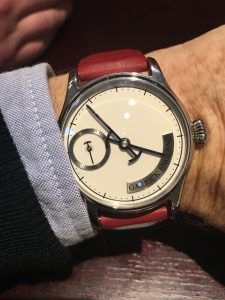 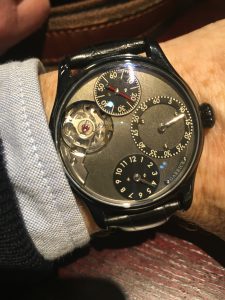 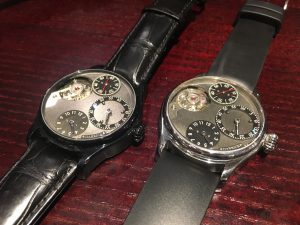 SalonQP have given some more details. These are the highlights :

However, Michelmayr and Brailsford have seem to have loftier ambitions,

newly-designed and exclusive base movement, which will be unveiled in

a new manual wind watch later this year. While UhrTeil will supply the

ebauche parts, the movement will be fully assembled and finished by the

Garrick team in Norwich, and will include Michelmayr’s free sprung balance

not finalised). QP understands that the movement carries the possibility

Strehler is set to be present with at SalonQP with Garrick, who are exhibiting

for the first time, and will be debuting new watches the Norfolk and the

Garrick Regulator. Both continue the use of substantially modified Unitas

movements, in the latter case replacing the gear train and reversing the

movement to display the Garrick balance through the dial.

In a cryptic tweet yesterday Garrick Watches announced they will be working on a new movement with Andreas Strehler. If like me you have never heard of him this is what they have to say on Wikipedia   Andreas Strehler

From this entry you will see  he is a pretty talented watchmaker his most recent recognition being  in 2013 he was awarded the Prix Gaïa of the International Museum of Horology (MIH) in La Chaux-de-Fonds in the category artesanat-création for his technical and artistic creations.

All will be revealed at the Salon QP in November.